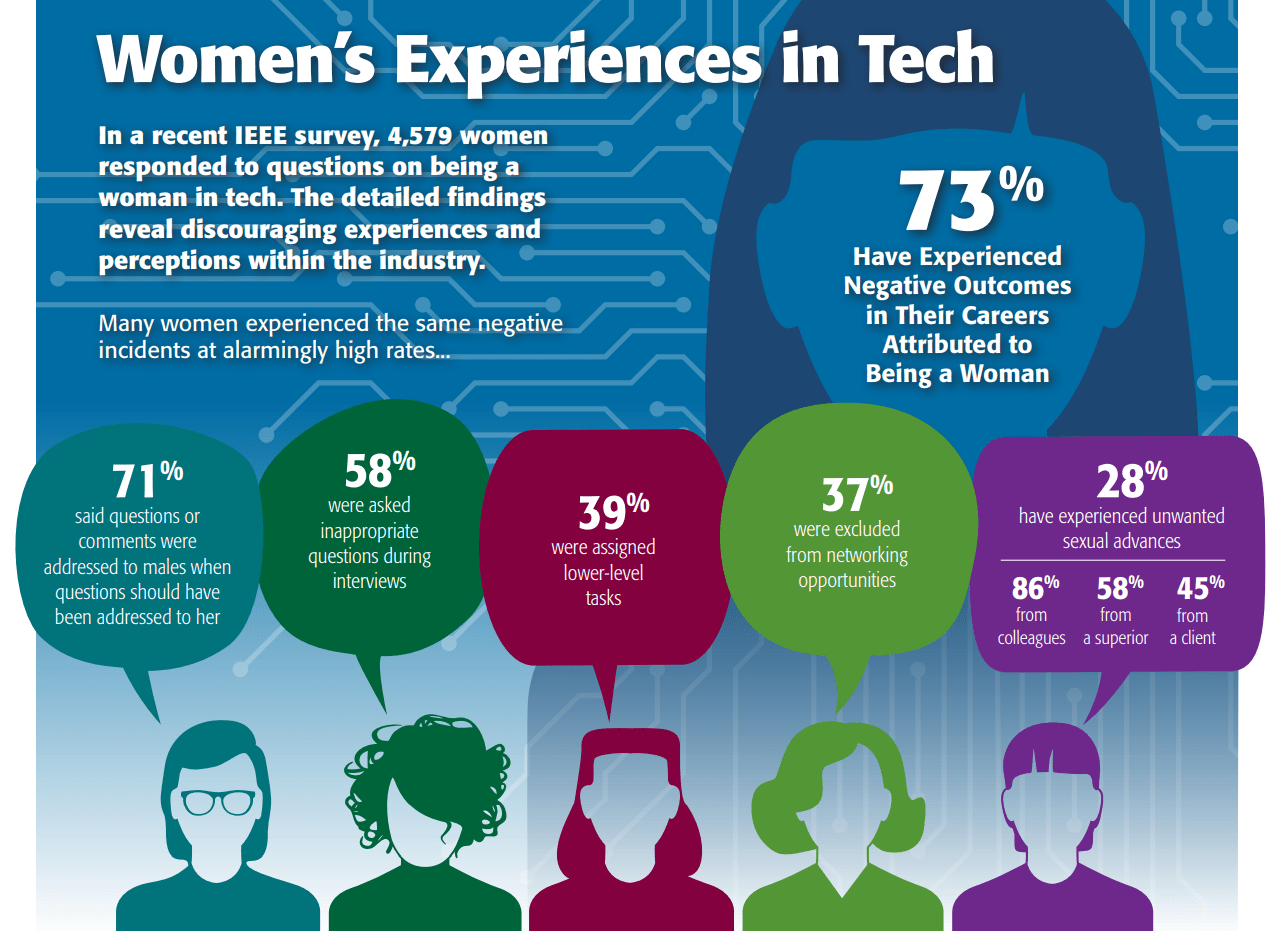 Women in Tech – VanHack face a variety of challenges that are unique to their industry. While they face challenges that all women in technology face–ranging from bias to gender discrimination to workplace violence–they also face unique circumstances that challenge traditional gender roles in the technological industry. One of these challenges is finding flexible, well-paying positions that don’t place additional financial strain on women’s already struggling families. In this article I will discuss the top five areas in which women in technology face unique circumstances that make it difficult to obtain good, stable, career-oriented jobs.

Female employees are much less represented in high-paying, senior management positions than their male counterparts. A similar percentage reported that they work best when working at home, and nearly as many said that they have more freedom while not working at an office. But more importantly, more troubling statistics from the latest survey reflect how little societal progress toward increased gender equality in the technical field is matching the potential of flexible, freelance working for women in tech. One in five (in comparison to one in three women in tech) cited a lack of advancement opportunities in upper level management or upper-level careers as being a significant factor in why they leave a technical organization at least 10 years earlier than expected.

Another challenge that tech-savvy women in technology face is that they frequently join organizations that do not promote a balanced work environment or a progressive vision for career progression. For example, while two-thirds of women in tech-related fields say they would choose to stay in their current organization if they could, only one in five (in comparison to one in nine men) said that they would choose to start a new tech-related venture. Another significant factor impacting career progression for women in tech is that many are not making the progress needed to meet their bosses’ expectations for promotion, pay raise, or job performance. According to the same survey, three-quarters of women in the tech said that they were dissatisfied with their bosses’ performance and two-thirds thought their managers didn’t value them enough or provide enough opportunities for career progression.